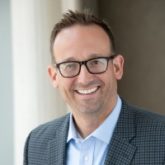 Jamie Eagan is VP, Product Management of Longview products at insightsoftware. Jamie holds a B.Sc. in Accounting and a minor in Economics from State University of New York at Fredonia.

Annual tax year closes in 2021 may be more complicated than usual due to the fact they will be undertaken by tax teams working remotely because of the pandemic.

This makes it even more important than ever to do as much preparation as possible in the run-up to the actual close, so that anomalies are spotted early on and questions from auditors and business colleagues addressed with plenty of time.

At a webinar organized by insightsoftware, Jamie Eagan, VP of Product Management for the Longview suite at insightsoftware, and Dawn O’Rourke, Professional Services Director at insightsoftware, outlined best practices for achieving a smoother year-end. Much of the conversation centered on the most effective use of technology to streamline processes throughout the year, leading to fewer surprises and problems to iron out during the busy year-end close.

As Eagan explained: When people talk and think about year-end, they tend to focus only on the actual close and how to leverage their technology to automate final calculations. To do so means that tax teams are not getting the full value from their investment in software, because there are a number of ways that they can incorporate the capabilities of their solutions within processes that happen all year round, making the year-end easier to manage. 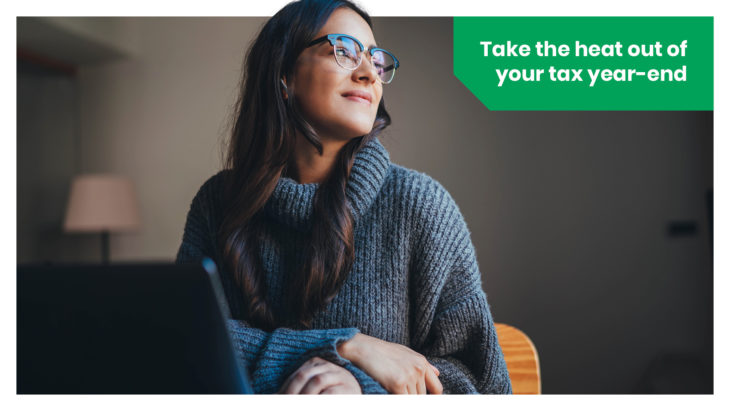 Below are the four main steps that tax departments can take to improve their year-end close processes.

“At the administration level, there are all sorts of categories that can be checked up front and updated before year-end calculations even begin,” Eagan said. “Such categories could include new general ledger entries, new entities that have been incorporated, or security settings that have been changed for the team.”

Tax teams should therefore consider their approach to digital housekeeping, and what support their existing tools provide, to keep everything up-to-date. Despite the fact that process maps within tax software can help guide them through this phase, many teams are still handling checks and updates manually, or on an ad hoc basis.

When asked how they would best describe their organization’s pre-close preparation, tax professionals attending the webinar were almost evenly split between those who said they had a documented process in place based on existing technology (41 percent) and those who managed it manually (50 percent). The remaining nine percent reported that they carried out pre-close preparation on an ad hoc basis for most years.

Longview Tax from insightsoftware includes process maps that help tax teams complete the checks outlined above and remind them which data they need to identify.

Setting up regular communications with the finance or IT team to receive such updates on a regular basis could also help anticipate these changes in advance of the pre-close period. “Dealing with such issues proactively is preferable to dealing with them reactively at year-end,” O’Rourke added.

The key is to make sure there is a record of how the process has been handled year-on-year to help ensure the tax team is moving through a structured process. This demonstrates to internal and external auditors that the right controls are in place and the right questions have been asked.

“If you are able to show the steps you’ve gone through and why, and how the process has changed and why, you will have better defensibility when faced with the questions that will inevitably emerge at year-end,” said Eagan.

According to O’Rourke, process maps are particularly effective because they are “living breathing entities” that provide a single, central location for all information relating to pre-close preparation and can be easily accessed by auditors.

Once all administrative and preparatory housekeeping has been completed, the next phase for tax teams to address is the pre-close provision well in advance of the actual year-end. In Eagan’s opinion, the best practice to adopt here is to run a provisional tax calculation early on and before the full year-to-date (YTD) figure is complete, then use forecasted figures for the final one or two months of the tax year.

This trial balance acts as validation for the administrative checks already undertaken because it will quickly reveal if it is out of kilter with expectations. For example, has a new functional currency or general ledger account been missed?

O’Rourke added that conducting a pre-close provision will also help to anticipate and answer questions about tax calculations. Through the use of dynamic Excel reports or tools within tax software, it’s possible to compare tax periods and highlight where there may be anomalies that will need to be addressed.

However, most of the webinar attendees (70 percent) reported that they do not undertake pre-close provision calculations in this way. Just 10 percent of the attendees carry out mid-December trial balances, while the same proportion calculate November actuals and one-month forecasts. A further 10 percent calculate October actuals and two-month forecasts.

As Eagan observed, the reason for not undertaking trial balances is usually because of lack of time and resources available to typically ”lean” tax teams to take on more than their customary day-to-day work.

During the pre-close provision, it’s extremely helpful to establish or revisit a tiered hierarchy of all the organization’s entities based on which ones may need more attention and scrutiny in the close process. The most important tier one and two entities can be explored in more detail earlier on so that trouble spots are highlighted, logged, and then addressed when there is time to do so, rather than in the pressure-cooker environment of the actual year-end close.

As part of this mapping process, it’s helpful to establish relationships with relevant accountants or controllers within entities, so that the tax team knows in advance who to go to for information when needed.

Eagan added that while going through the hierarchy map and conducting preliminary inspections, it’s important to understand levels of variance that can be tolerated between forecasts and pre-close provision calculations. Predefined rules could focus on a variance of four percent or more year-on-year, for example, or on a financial value. A 2 percent variance could represent $40 million for a large entity, for example, which would be a material issue to investigate.

If outliers are identified, then tax teams should investigate whether or not these are legitimate, or whether errors have been made, such as items being assigned to the wrong general ledger account. Again, such questions should ideally be resolved earlier, when there is more time and less pressure, rather than in the midst of the tax-year close.

4. Face the final close with confidence, now and in the future

Moving into the actual close, tax teams will be in better shape to report accurate numbers, because they have already noted and validated variances or outlier issues, as well as identified who to go to with any further questions that emerge.

From here, there’s an opportunity to identify what has worked well in the pre-close process, how tax teams will communicate with colleagues within entities, and which tools will be used in the future to collect data. “Ultimately, this helps to build a holistic approach that supports successful compliance and audit as well as making future year-end close periods easier to manage,” concluded O’Rourke.

By bringing greater order to the overall tax year-end close process, tax teams not only make their own lives easier but add significant value to their organizations through timely and accurate reporting. Using tax software to its fullest extent to help with elements such as process maps and pre-close calculations are important weapons in the tax team’s armory.

Find out more about how you could use Longview Tax from insightsoftware to reshape your tax function. Book a demo, or drop us a line.