American Asset Corporation now has access to real-time information about its cash flow, and has reduced its report generation time by 90 percent since implementing Spreadsheet Server.

When Nick Stuart joined AAC as Corporate Controller a few months before the company implemented Spreadsheet Server, he was looking for ways to automate financial information. Coming from PricewaterhouseCoopers, Stuart had a background in data management and knew the value of being able to automate reporting.

Stuart’s team had to generate monthly and quarterly reports, not only internally, but also for their lenders and investors. They used the native tools that came with their Yardi Voyager ERP system, but found these manually intensive, time consuming, and inconsistent. Data weren’t readily available, and you’d often have to wait up to 45 days to get them.

His team had a deadline to complete and dispatch external reports within 30 days, and Stuart recalled the team using every one of those days, often sending the reports out on the final day. “This meant we were constantly looking back, not forward,” remembers Stuart, “which was one of the things that we had to change.” This retrospective outlook meant they rarely had time to plan for future endeavors or get ahead of their competitors. Additionally, team morale was low, as so much time was needed to generate reports and “fight deadlines” that they were working long and unsociable hours.

“What I was really looking for,” said Stuart, “was how can I have real-time data?” Lack of real-time visibility into their cash flow was holding AAC back from progressing as a business, as it was difficult to know exactly where their cash was at any given point. “We’d only know our cash position for the entire portfolio at the end of the month.”

AAC decided to go with Spreadsheet Server after looking for a product that could speed up and automate their report generation process while providing access to their data in real time. As insightsoftware is a company local to AAC, also based in North Carolina, it made the choice even clearer for Stuart.

After implementation, Stuart’s team was able to use Spreadsheet Server to quickly build a financial statement workbook to support each of their lenders. Stuart’s team found that the time spent on creating new reports is focused more on formatting to create the desired presentation, rather than on sourcing and manipulating the data. “Building the formulas and populating from there is the quickest part,” said Stuart.

Once created, the workbooks are so easy to use that Stuart points out that “one of our property accountants can go in and update the information themselves, and it will auto-populate everything.” That is because, rather than having to generate new reports every monthly or quarterly reporting cycle, teams can just open the existing report, choose the property and the time period they want to display, and the report will automatically populate in seconds. This cut what was once a 30-day reporting process down to just 3 days. “Having these new reports ready in August meant we really felt the benefit in September, and it’s just got more efficient each month since,” said Stuart. “Team morale has gone through the roof since implementing Spreadsheet Server,” as his finance team were now able to free up more of their time for focus on high-value projects.

One of the next areas Stuart turned his team’s attention to was creating a global cash view. With a direct connection into Yardi, Spreadsheet Server gave AAC the ability to view their cash position “almost up to the day.” With this level of visibility, it has helped AAC to start work on developments sooner, as they know exactly ”where their cash is on any given day, within each account as well as the total cash number.”

Another application of Spreadsheet Server has helped AAC close retail lease agreements quicker. By enabling their property teams to access data on mobile or tablet devices while they are out on location, they can provide any prospect with the potential sales per square foot of the unit they are looking at, using real-time data. This offers a real advantage over their competitors, many of whom do not have this level of insight into their properties so readily available.

Having already accomplished so much in just four months after implementation, Stuart and his team are now looking to their future with Spreadsheet Server and for other ways that it can help grow their business. Stuart notes that “there are a whole host of processes drafted up, with Spreadsheet Server as the foundation.” One process they’re hoping to implement soon is to provide their tenants with an up-to-date view of their shared-services use. Previously, tenants were provided with an estimate of monthly costs based on historic data, but soon they will be provided with a regular, up-to-date view of their use based on actual data. This will prevent situations in which the annual estimates were incorrect, and will avoid either tenants having to pay an additional bill at the end of the year, or the landlord having to issue a credit note.

By automating reporting from Yardi Voyager, AAC has realized impressive time savings, and its finance team are using the time saved wisely, exploiting their data to deliver tangible business benefits. They are now able to plan for the future as a result of implementing Spreadsheet Server, including:

The CFO and I can pull up the data and see where our cash is at any time. It’s really been a life saver, especially during these uncertain times. 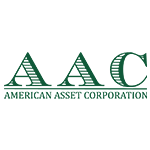