When Ted Wolf first came to Renaissance as VP Global Controller, finance relied on Microsoft FRx for their Epicor ERP reporting. Once he learned that FRx was being phased out, Wolf remembered a tool he’d first heard about 10 years prior, an Excel-based reporting solution called Spreadsheet Server. “Based on my knowledge of Spreadsheet Server, I liked the tool and how it operated; I liked operating in Excel,” Wolf said. “Reporting in Excel from an accountant perspective is the only way to go.” Thus, Spreadsheet Server became the new tool for their Epicor ERP.

The Renaissance team quickly ramped up on Spreadsheet Server and provided better data visibility across the company. “In Epicor, our world was very silo-based,” Wolf admitted. “Spreadsheet Server took it to an automated world where I could change the date and press a button, and the world would be updated.”

The team’s first impression of Spreadsheet Server was its incredible speed. “Imagine a workbook with 25 tabs that all have to be updated,” Wolf said. “Our old way was to print and rekey all the information. Once we had Spreadsheet Server and got the data set to look at the right parameters, we click update and it’s done.” Wolf had utmost confidence in the accuracy of the reporting that he produced through Spreadsheet Server. “You never had to worry about the integrity of the data unless you as a user screwed up the segments.”

When Renaissance decided to move to a new ERP and implement NetSuite, they needed all of their data to come along and arrive with total accuracy. Not knowing what new reporting on NetSuite would look like, Wolf was pleasantly surprised to learn that Spreadsheet Server had recently released a new connection to NetSuite. So, they began the migration process from Epicor to NetSuite.

The key to a smooth transition for the Renaissance team was accuracy and ease of verification. “When you’re going through verification, if you can keep part of your world consistent,” Wolf said, “that makes it so much easier. Going through that exercise and using the power of Excel is huge.

“We brought in a year’s worth of transaction history. We have a lot of data and the amount of transactions that go through. [There are] millions of records you’re trying to go through and make sure you’re not changing your history.”

Using historical data standpoints, the teams first ran spreadsheets from Epicor, then from NetSuite, and then compared the two. They built segment lists in NetSuite based on those they’d built for Epicor. They created category codes in NetSuite for Spreadsheet Server, which allowed Wolf to go through the transition on historicals and data to match up and get what he needed. Everything was good to go. All the data came over accurately. Although Wolf says the look and feel of Epicor and NetSuite are a little different, the reporting looks the same because of Spreadsheet Server, and there has been noticeable, solid consistency.

“I’m excited to see what this new system can do now,” he said, roughly a week after the migration took place. “Spreadsheet Server gives me a lot of control.”

With this proof of success using Spreadsheet Server—first with Epicor and now the success of migrating data over to NetSuite—Renaissance is planning to add other data sets into Spreadsheet Server once they have NetSuite fully set up.

Spreadsheet Server has produced with NetSuite just as Wolf anticipated it would. Looking back, he still marvels at how the tool opened up the reporting process. Some of the primary benefits seen by Renaissance with Spreadsheet Server include:

All that extra time allows the Renaissance team to dig into value-added activities, instead of being mired in data dumps and manual manipulation.

“Spreadsheet Server took it to an automated world where I could change the date and press a button and the world would be updated,” Wolf said. “The ability to right-click and get to everything you need and export it out is what makes Spreadsheet Server a great tool.”

Once we had Spreadsheet Server and got the data set to look at the right parameters, we click update and it’s done. 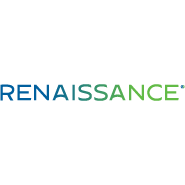