Investor AB, founded by the Wallenberg family in 1916, and based in Stockholm, Sweden, is an investor in high-quality, global companies, including AstraZeneca, Atlas Copco, and Electrolux. Taking a long-term investment perspective, it applies its industrial experience, network, and financial strength to help its portfolio companies outperform competition and reach their full potential.

Continuous improvement is in the DNA of the finance team at Investor AB. Prior to implementing Certent CDM, it already had an effective process to prepare and publish its interim report. However, as this process consumed significant resources at a critical part of the closing process, and considering the amount of manual effort required to create both Swedish and English versions of the report and cross check the numbers in both, the team saw an opportunity to make its process more efficient.

Historically, creating the interim report took the team of five people around a day and a half, which limited its bandwidth to really dig into the numbers and draw conclusions to help inform the Investor management and board.

When inevitable last-minute changes were requested, this required the team to perform extensive validation to ensure the data and narrative in their reports were correct and consistent. This often led to the team working late hours under the critical time pressure of its close deadline. Anders Eckerwall, Head of Finance at Investor AB, recalls that this manual process meant that “it was risky to make operational changes at the last minute.” Any changes would have to be applied to both versions of the report and cross-checked, taking valuable time away from analysis and commentary.

So, while the team was able to complete the interim close process on time, Jenny Rydingstam, Director, Group Consolidation at Investor AB, notes that Investor AB is “always looking for improvement and for ways to do things better.” Automation was the logical next step in improving its process, so the team found Certent CDM from insightsoftware.

Building to Success with Certent CDM

Rydingstam recalls that Addedo walked her whole team through the system to familiarize themselves with how it worked. Even though the team received its training from Addedo remotely, because the implementation took place during the COVID-19 pandemic, she felt that the meetings were still very hands-on. Rydingstam explains that the smooth transition was aided by her whole team being “so involved with building the templates and structure” during those training sessions, noting that “Addedo provided great support and helped us deliver a successful project.”

Another contributing factor to the rapid onboarding was the fact that Certent CDM uses Microsoft Office as part of the user interface, providing the team with a familiar environment that was easy to pick up. As a result, it took less than one month to implement Certent CDM, meaning the team was able to use it to create their interim reporting during their Q3, 2020 close.

Eckerwall has found that since implementing Certent CDM, the team has “more breathing space to work out the story behind the numbers,” which perfectly aligns with its strategy of making continuous improvements. By automating recurring, multi-author reports with Certent CDM and being able to use the tool anywhere it wants to combine words and numbers for publication, the Investor AB team is able to free-up more resources to focus on drawing valuable insights and analysis from their reporting during the critical close period.

The process itself is much less manual and Rydingstam is happy to “have all the data in one place,” as this “makes it much smoother to manage, as we just need to upload one file into the Cloud.” This reduces the time the team needs to spend cross-checking numbers, allowing them to make any last-minute changes stress-free, and giving them more time to analyze the data.

In the future, the team is considering using Certent CDM to combine data loading of legal figures from the group consolidation system alongside operational figures from the BI platform and will be evaluating this later this year. The team eventually sees itself using Certent CDM also for monthly management reporting as well as for interim and other text intensive recurring reports.

Since implementation, the team has seen the continuous improvement it was hoping for, with Eckerwall noting that Certent CDM helped elevate the team to a “modern finance function.” It has since recommended Certent CDM at its accounting and CFO days.

Investor AB has already made many improvements to their interim close process as a result of implementing Certent CDM, including:

“Implementing Certent saved us time during the critical close process, giving us more time to ask questions thanks to the reducing our manual workload." 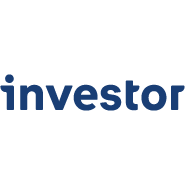