Financial reporting has much in common with flying a commercial aircraft, in that it can often be a long and extremely involved process, there is precious little room for error, and it is quite easy to be brought back down to Earth with a bump. When daa chose to bring in a single reporting tool to supersede the multitude of different ones that were used in the past, it wanted a solution that would really give its reporting wings.

daa is responsible for the operation and management of Dublin and Cork airports in Ireland. The company’s subsidiaries include the global travel retail company ARI and daa International, and it also manages a number of duty free shops in North America, the Middle East, and India. Furthermore, daa recently won the contract to manage the new Terminal 5 at King Khaled International Airport in Riyadh, Saudi Arabia. Headquartered at Dublin Airport, the company employs close to 3,000 people in Ireland and overseas.

According to Fawad Akhtar, group treasury analyst at daa, around four years ago, the Finance Team at the Shared Services Centre asked for a flexible real-time reporting tool to complement the Hyperion software which was not real-time.
“Basically, after conducting some research, they chose GL Wand from insightsoftware and daa quickly saw just how effective it was. We immediately realized this would be the ideal solution for us and chose to implement it across the entire group,” he says.

Akhtar explains that prior to adopting GL Wand, there was a proliferation of various reporting tools that were being used across the group. These included not only Hyperion, but also Discoverer, Oracle Reports, and Client ADI. The latter was no longer supported in Oracle R12, the version daa had just upgraded to recently.
“This helped us to realize that we needed to find a single solution that could do the job for us,” he says.

Akhtar adds that apart from having multiple tools to deal with, the company’s finance team was, at the time, heavily reliant on the IT department to help them to manipulate, build and create reports and templates.

“This created challenges for the finance department, which could not adequately build its own reports, as well as for IT, which was being drawn away from its core functions to assist in this regard.”

Fast Instead of Furious

When it came to month-end, Akhtar suggests that the company had previously been hampered by the very structured nature of some of the tools being used, such as Oracle FSGs.

“We required a solution that was flexible, easy-to-use, and that could assist us in quickly putting together reports from Excel. This was critical as running a business report, for example, takes an enormous amount of time. We needed a tool that would reduce the length of time taken to create reports.

“GL Wand changed all of this quite dramatically, as the entire process of preparing, generating, and analyzing a report is now much faster. This, in turn, offers analysts the opportunity to spend more time scrutinizing the data and checking for any errors once the report has been generated.”

He adds that the flexibility of the GL Wand solution is also impressive, as it has enabled the daa to generate everything from balance sheets and trial balances to profit and loss statements. “It is great for compiling month-end business reports for management, and it also allows for individuals to build customized reports for specific business areas.”

Why Wait for IT?

“Ultimately,” continues Akhtar, “GL Wand offers users flexibility that is difficult to beat.” “In the past,” he says, “it was left up to the IT department to write the reports, because of the complexity and rigid structure of the tools being used. This meant that generating reports took an inordinate amount of time.”

“With GL Wand, we are able to write reports without any assistance and this really speeds up the process. More crucially, we are able to quickly and easily adapt and change these reports as required,” he says.

“Furthermore, GL Wand has made that act of generating and processing reports much faster and simpler, because the tool itself is user-friendly. In addition,” he says, “the solution is flexible enough to allow users to create and amend their own reports. They can also create new content and use the same processes for different reports.”

“From my perspective, I am able to use GL Wand to develop some of my own personal reports, purely for analysis purposes. This is a level of flexibility we simply never had before and is really what makes this tool work for us.”

While training the daa’s people to use GL Wand was a reasonably simple matter, he adds that the company wanted to ensure that everyone thoroughly understood how it worked and how it could be tweaked to suit the different business units.

Since the nature of daa’s work is such that a multitude of complex and differing reports need to be generated, Akhtar explains that the company ensured that its people undertook extensive training.

“daa’s Shared Services Center originally chose GL Wand from insightsoftware and quickly realized this would be the ideal solution to implement across the entire group.”

“GL Wand is extremely intuitive and easy to use and offers us a level of flexibility we simply never had before.”

While the tool has many capabilities worth recommending, the one that particularly stands out to Akhtar is how well it works when it comes to combining data from multiple sources. The fact that it allows users to drill down as far as they need really does assist greatly in properly analyzing the numbers.

“Part of my role is to be able to understand and demonstrate to management where the different figures shown in the reports actually come from. The ability to generate customized reports outlining specific content and the ability to drill down to granular level with regard to figures has been a godsend.”

With GL Wand, we are able to write reports without any assistance and this really speeds up the process. More crucially, we are able to quickly and easily adapt and change these reports as required. 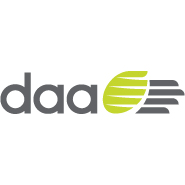