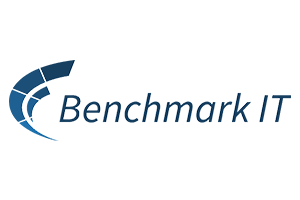 Before Niels Bredal became CFO at Peter Meyer A/S, there were only four people in the bookkeeping department, contributing to 80 total employees and a $13 million revenue. Like most companies, the finance team struggled with manually copying and pasting between their ERP system and Excel, which had a huge impact on the key finance processes, like creating reports and reconciliations, resulting in delays and resource constraints. Niels had previous experience using Jet Global solutions at a former employer. Before accepting the offer at Peter Meyer A/S, his only request was that they implement Jet Reports, as Niels had a firm belief in the tremendous value it provides by streamlining daily tasks for the entire company.

Fast forward seven years, Peter Meyer A/S now has 235 employees with a staggering $45 million revenue and only one additional hire in their bookkeeping department—all thanks to Jet Global. Jet Reports has become a vital part of the business and its continuous growth. A monthly absence analysis report for the company’s HR department that previously took an entire day to finish can now be built in three minutes using Jet Reports. In addition to extensive time savings and quick user adoption, Peter Meyer A/S also benefited from Jet Analytics’ easy integration with Microsoft Power BI. Tasked with creating a report for the company’s purchasing assistant, which had to verify that their suppliers were fulfilling all terms for delivery (including prices) and that the specified requirements were met per their agreement, Niels leveraged Power BI to create a report that delivered performance insights to the suppliers. With this capability, the company is now able to present data in many ways, so it fits the unique user and purpose.

“Being productive as a CFO means that you create value for the entire business by building the strategy. This is anything from simulations to proposals, which are presented to the management team, board of executives, or shareholders. My experience has proven that I can spend more time creating a better strategy for the company because Jet Reports simplified our reporting process.”

“I have saved 75 percent of my time that was previously spent on reporting, analysis, and reconciliations. Instead of wasting time creating the data, I now spend my time analyzing that data.”

An easy-to-use, Excel-based interface has empowered users to create their own reports and reduced resource strain