Given its complex business structure and goals, Harlequin needed a clear picture of its finances. The company installed Oracle E-Business Suite in North America to provide such data, but when it began implementing Oracle at larger overseas offices, it became clear that more was needed to capture a better view of financial details.

“On top of being unattractive, these reports from the Oracle Financial Statement Generator were difficult to create and maintain,” said Kirk Marshall, Director of Overseas Finance for Harlequin. “We agreed not to put another country onto Oracle until we found a reporting solution.”

Today, Harlequin’s GL Wand users can produce attractive, readable financial reports faster than ever. The tool is used for standard month- and year-end financial reports, as well as management reports.

“Being on GL Wand saves 10-15 minutes each time someone questions a number or queries where a coding error is and how to fix it,” Marshall said. “Because we can perform a drill down on a number—and an advanced drill down in particular—as opposed to going into Oracle to perform account inquiries each time there’s a question, we are seeing considerable time savings.”

Word got around quickly, between Harlequin’s international offices, about GL Wand’s time-saving and drill-down features, so Harlequin also bought licenses for its North American offices, bringing its total number of users to 25. “After installing GL Wand,” said Marshall, “our feedback from Japan, Germany, and now Spain is that reporting is now the best thing about being on Oracle instead of the worst thing.”

“Reporting is now the best thing about being on Oracle, and it's because of GL Wand.” 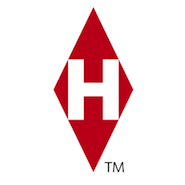