According to FM Conway's Director of IT, tighter integration of reporting with ERP thanks to Hubble has enabled executives to drive better business performance throughout the company

Ed Lynott, Director of IT at FM Conway, implemented a new ERP system, Oracle E-Business Suite (EBS), to ensure visibility of all project elements and fix inconsistencies with reporting processes and limited centralized control of expenditures. EBS Rl2 was launched in December 2012 for the finance, HR, inventory, and projects modules. The implementation was a success, but FM Conway soon realized that standard Oracle EBS reporting was far too cumbersome to support their demands.

“Oracle EBS is a hungry database that constantly wants to be fed with data. The difficult part is drilling down to answers easily, forcing us to rely on IT to answer on-the-fly business questions,” said Lynott.

Lynott knew that in order for reporting strategies to be effective, they needed to find a third-party solution that enabled their end-users to pull reports and answer their own ad hoc inquiries themselves. IT recommended Hubble, and after positive testing, they went forward with Hubble.

Hubble was installed within a couple of days, and during this time, users were trained and grew completely comfortable pulling reports and running queries. Answers that would previously have taken days to find were found in minutes with Hubble, all without IT involvement. In just one day, the FM Conway team built 13 reports that began to form a new standard management pack.

FM Conway’s CEO, Michael Conway, immediately saw the benefit of linking reporting with their ERP data. This allowed the business to standardize reporting processes and fully understand its financial position.

With Hubble, the finance team was able to understand exactly what the executive team needed to see. As a response, a custom report was created, quickly showing summary level cost alongside profitability with drilldown to delivery notes, waste transfer notices, and invoices. For their executives, having reporting so tightly integrated with their ERP is the main reason they are able to drive better business performance throughout.

"The Hubble demo we saw was over our live data, so we could see firsthand how easy it was to retrieve the answers we were struggling so hard to find. Hubble fits like a glove: The meeting was over and users asked, ‘When can we start using it?'”

Ed Lynott
Director of IT

With greater insights at their disposal, executives are able to confidently make decisions that drive better business performance 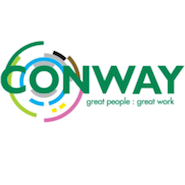