Financial Analyst was able to save time on report creation, enabling her to spend more time on learning and providing insights to senior management.

Prior to installing Spreadsheet Server, the finance team was using EZ-Pickin’s to extract data from their AS/400 system, dumping those data into Excel, and then manually cleaning up the data for around 900 page reports. Olena Erickson, the Financial Analyst at the time, noted how “hideous” it was having to reformat all of the reports once they were in Excel, recounting how difficult it was to access the level of detail she needed to identify mistakes or potential issues lurking within the data.

Erickson despaired at how her “time was wasted” having to track every revenue stream manually through VLOOKUPs, and how entire days were spent just trying to create reports. In fact, so much time had been wasted, that if a report took longer than two weeks to create, it was usually scrapped as the information would be outdated.

The team began to look for alternatives, but many were rejected as the team didn’t have enough time to learn the SQL coding that so many options required. Spreadsheet Server was picked as the best option, as it allowed Erickson to take her financial reports into her own hands without needing to rely so heavily on IT. As a self-service reporting tool with a library of out-of-the-box financial reports and user-friendly options for building your own custom reports, Spreadsheet Server freed up Erickson’s time to answer critical questions from executives and the organization at large.

Within just a matter of days after implementing Spreadsheet Server, Erickson’s team were amazed at the results. Erickson remarked how her colleagues exclaimed “how did you do that!” after demonstrating how quickly she could now drill down into the data to provide them with the answers they need. The benefits Erickson found from Farmington’s new reporting software didn’t only make things easier for her and the finance team to access. “My engineers aren’t asking me questions anymore,” said Erickson. “They can just go and look themselves.”

Knowing the data were being pulled into Spreadsheet Server through a live and direct connection to their ERP, Erickson and her team had a new-found confidence in their reports without needing to meticulously comb through the data for errors often created when manually manipulating data in Excel. Whereas getting to the data they needed used to require numerous clicks, screens, and exports, they were now able to start in Excel and stay in Excel, pulling everything they needed into one spreadsheet. Previously, “drilling down” into data would mean having to go into numerous folders to find the report containing the desired information and export into an Excel spreadsheet. “By the time you’ve done all that,” said Erickson, “it might not even have the data you’re looking for.” Now Erikson can pull “assembly items” into a pivot table, and then, within a single spreadsheet, drill down into which materials were needed, how much each material costs, how many bolts are needed, and how much labor is required for the job, in order to produce a cost estimate. With the ability to compare year-on-year data, Erickson realized that balance sheets for work orders hadn’t been closed for 10 years. Having this easy comparison allowed Farmington to highlight internal issues to update their policies, ensuring this wouldn’t happen again.

Within a short time after integrating Spreadsheet Server, Erickson was able to create over 200 reports, including cost allocation plan and payroll, both of which were crucial because lots of amends during COVID. She also created a report for the preliminary budget process, which had previously been almost impossible to compare as there was no one source of truth and involved the extremely manual process of having to print out each budget level to draw comparisons. With the ability to easily drill down and analyze data “at the touch of a button,” Erickson is now able to devote her time to high-value activities such as critical analysis and advancing her own job skills.  In fact, Erickson has been able to use the time she previously spent on manual reporting practices to begin learning SQL and VBA, something she says has made her more self-sufficient and allowed her the opportunity to further enhance reports and dashboards that benefit the entire organization. She now feels confident in her ability to provide executives with the detailed feedback they need, and finds that it’s become common for her to be pulled into other department’s or committee meetings because her colleagues know that she can give them immediate answers to pressing questions using Spreadsheet Server.

Spreadsheet Server was the best thing that ever happened to me. I was able to answer any questions that were thrown at me, which made me look smart and made me feel like a valued employee. 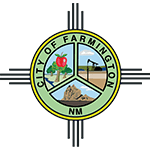