By leveraging the simplicity of Hubble, Mexican food chain Chipotle no longer takes months to build reports, and the IT department can focus on doing its job

Other shortcomings of sustaining support include the lack of:

These downgrades in support all pointed to something fairly obvious: It was time to move away from Oracle Discoverer to a financial reporting solution that was secure, stable, and met the company’s business reporting needs.

When Chipotle looked at various solutions to replace Oracle Discoverer, decision makers appreciated how Hubble put the ERP data directly in the hands of the users who needed it the most. They decided to move forward with Hubble.

As a result of moving to Hubble, Chipotle was able to whittle down from 200 Oracle Discoverer reports to 50 Hubble reports. Hubble allows users to analyze the data the way they need, giving them more flexibility.

Chipotle was able to go live on the first day, with employees building up to 15 reports on that day alone. Instead of spending time on formatting reports, analysts now spend their time actually analyzing information.

It no longer takes months to build reports, so the IT department can focus on doing its job. Furthermore, there are enough power users at the company so that if one person leaves, others could still use the financial reporting solution.

Users can analyze the data the way they need to

Easy to Get Started 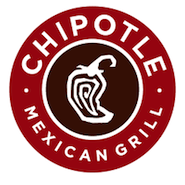