In a tough operating environment, ARCO National Construction is able to shed days from its reporting cycle, while also reducing errors and increasing accuracy.

In an industry slogging through a cycle of slowdown and soft growth, ARCO needs fast, accurate data access to make the kind of informed, fact-based decisions that will enable the 27-year-old company to remain nimble, competitive, and successful. However, because the company’s financial statements were Excel based, they were forced to devise a somewhat clunky work-around to obtain information from their Viewpoint accounting software. Things got even more sluggish in their month-end process. As a rule, the accounting team closed accounts payable 15 days after end-of-month and tried to get financial statements done one month in arrears. And because reports were not emailed automatically, distributing them further increased lag time. According to Controller Brian Meyers, the accounting team would compile the reports into PDFs and feed them into a main repository from which the administrative assistant would email them. However, it took her another half day to verify the addresses and send them out.

The accounting team discovered that Spreadsheet Server produces more accurate data than their previous report writing application. This has enabled them to catch previously undetected discrepancies.For example, ARCO has 25 general contractors throughout the US with whom they frequently run internal joint ventures. Using Spreadsheet Server, however, they noticed that the data from Viewpoint was not always what it was supposed to be, because some costs were incorrectly hitting the other job. In this way, Spreadsheet Server helps the team identify and fix issues much sooner than under the old system. In addition to drastically reducing the span required to generate financial statements to only half a day, Spreadsheet Server enables team members to easily report on user-defined fields that instantly provide information detailing company experience across a range of construction categories for use in preparing proposals. Thanks to the queries they have developed, they can get the information they need a hurry.

"It’s not just the huge amount of time that is saved; it’s also the sheer amount of information that's available at the click of a button."

Financial Statements in Hours Rather than Days

With 42 working days a year in freed time for every team member, the accounting team has achieved a massive productivity increase 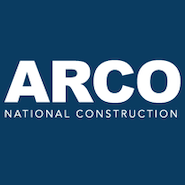