Gaining financial intelligence into your organization requires a balance between short- and long-term perspectives. The accounts payable turnover ratio falls into the first category. It tracks how quickly companies pay back their creditors, which is an important indicator of short-term liquidity.

It’s also an important asset for smart debt management. As CFOs search for strategic ways to handle the company’s debt load, they must understand the speed of repayments. Waiting too long could jeopardize relationships with suppliers, which could then interrupt supply lines, disrupt operations, and hurt revenue. On the other hand, paying too quickly could mean the company is putting too much money toward debt instead of investing it elsewhere.

Since the accounts payable turnover ratio indicates the number of times a company settles its debts within a period, higher numbers are better. That being said, smart debt management isn’t about maximizing the number. Rather, it’s about tracking it closely and actively, which all boils down to one thing: reporting.

As is true with most financial KPIs, measuring them once isn’t nearly as important as tracking them over time. Observing when, where, why, and how the numbers change demonstrates how they affect (and are affected by) overall financial performance. 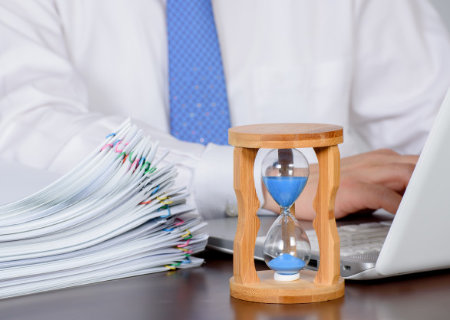 Since the movement of the metric matters more than its position at any given time, companies need to report on it regularly. Quarterly, monthly, or even weekly checkups aren’t adequate for a metric that can change (a lot) on a daily basis. Overlooking these changes could lead to disastrously misinformed decisions and jeopardize not only supplier relationships, but also the company’s credit standing. With so much at stake, reporting needs to improve before (or alongside) the ratio itself.

Exceptional reports share a few qualities. First, they build themselves. After someone defines where to pull the data from, automation collects, organizes, and analyzes that information before plugging it into a report template. By eliminating all the manual inputs, automated reporting turns a process into a resource. Instead of “doing” it, there’s only “using” it.

Second, exceptional reports are dynamic rather than static. They don’t report on a past moment. Instead, they update themselves in real time as soon as the accounts payable turnover ratio changes. Decision makers always know where the metric sits and how it’s trending without having to invest any time or effort producing that analysis.

Finally, exceptional reports adapt to the needs of the end user. If a user needs to see data from a different time period, for example, they can change those parameters themselves instead of asking the IT team. The reports are accessible in that they are both easy to create and just as easy to customize.

When all these qualities combine, companies develop a refined understanding of their accounts payable turnover and their short-term liquidity. With that, they’re able to not just practice but succeed at smart debt management. It all starts with reporting, so take this opportunity to download a free reporting dashboard designed specifically for accounts payable turnover today.