Home > Blog > Exercising Control Over Transfer Pricing: How to Avoid Risks at Year-End

A large US-headquartered multinational manufacturer with sales in 100 countries wanted to manage operational transfer pricing at year-end with more accuracy and transparency, and to move toward a position where it could analyze the meaning behind its reported numbers in more detail.

The company opted to implement Longview Transfer Pricing from insightsoftware in early 2020, just before the COVID-19 pandemic struck. Its timely decision meant the company was in a stronger position to cope with the impact on global supply chains and manufacturing than if it had continued with its traditional approach to transfer pricing.

This previous approach was built around spreadsheets, which were compiled with the help of more than 40 controllers based in country operations around the world. Although the workbooks were standardized, data entered were not always complete or in line with numbers forecast earlier in the year. The semi-manual approach to data capture also led to inaccuracies that needed to be managed and corrected centrally. 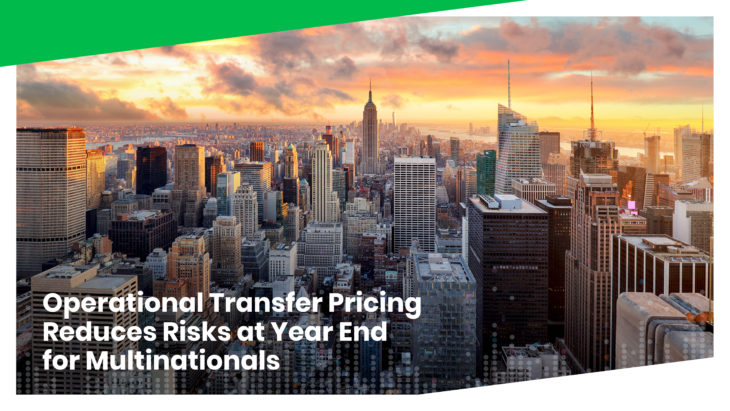 The Need to Free Up Time

As a result, the company’s transfer pricing team needed to spend a lot of time going back and forth with controllers to get the complete picture for each part of the operation. With the deadline to complete operational transfer pricing tied into the immovable financial year-end, there was very little time left to do anything other than produce the final report and adjustments.

Another challenge with the previous approach was that reporting was only completed once a year, and it was difficult for the finance team and the wider business to monitor or predict how the final transfer pricing picture would materialize.

While the company was reasonably confident that it was reporting the right numbers, it felt that it “didn’t know what it didn’t know” because it couldn’t look into the detail, or make comparisons with historic data, which were all held in static spreadsheets. This meant it was extremely difficult to effectively measure year-on-year or period-by-period changes.

This prompted the company to implement a software solution that would support the development of more effective processes, and allow a more proactive approach.

Before rolling the new process out, the company needed to address data integrity, a normal stage in any new software implementation project. However, this was not a case of lifting and shifting data from the old process, but a carefully considered project to understand where data were held across the business and how they could be used in the years ahead.

This meant working with subject matter experts to understand the future state of the business, and how it would be likely to grow organically with new products, supply chains, or locations. So while the process of gathering data and establishing metadata to support transfer pricing would be highly standardized, the new system would have flexibility built in from the start to accommodate inevitable change.

Following the data integrity phase, the company focused on setting up the correct processes and on rightsizing the project. It discovered that it could automate the completion of workbooks by controllers by sharing reports that were pre-completed with financial data, instead of the blank workbooks used before.

Although, at first glance, it may have seemed logical to address ”quick wins” with the software by prioritizing simple entities first, the company chose instead to address the most complex and material elements in the early stages.

Its reasoning was that it had committed as part of the business case to secure budget for the software in order to use it to manage the 2020 year-end, so wanted to ensure it focused on the most challenging entities from a tax perspective.

A second principle adopted at this stage of the project was not to over-engineer the system, especially for less material entities that could be addressed manually, if needed. This approach meant that the company could set up product groups with the optimum amount of data granularity needed. Controllers checking the data would only see the pared down information required, simplifying the process considerably.

Read about the OECD’s latest guidance on transfer pricing

As part of their testing process, the transfer pricing team completed a normal historical replication for validation of the system. They also proactively performed a year-end forecast and measured it against the subsequent year-end to ensure they gained confidence in the process for mid-year analysis and potential adjustments.

A second way to secure validation was to carry out user acceptance testing, working with controllers to ensure they were happy and familiar with the new reporting format. Although this was simple, standardized, and pre-populated with relevant data, it still had a different look and feel to the system that had previously been used, so it paid to test its acceptance before the pressure of year-end came around.

As a result of the new processes, data integrity exercises, and testing, the company has saved multiple hours in work time for each controller as well as for the transfer pricing team. It has more consistent and accurate data to use in tax calculations, as well as better evidence of how data have been collected. It now asks controllers to provide forecasted data about the following year, and this is used as part of business-wide forecasts.

The company believes that success factors in the project included high quality communications and expectation management, as well as not over-promising on when the software would be completely implemented. By taking a tiered approach to managing entities, it secured the best result possible early on, leaving simpler work to be picked up further down the line.

The next stage will be to build further on the baseline established for the FY 2020 close, making richer data available for analysis and to measure how they stack up over time. The company will also use the capabilities of Longview to publish quarterly, web-based reports populated with relevant data for recipients, and begin to make adjustments to regular forecasts.