Vodafone is a multinational technology communications company that connects people for a better future. It is currently running Europe’s largest 5G and fixed-line next-generation networks, and it is the second largest distributor of TV services in that continent. Its IoT network is the largest in the world connecting the physical and digital worlds through 103 million devices.

Frequently cited as a world class finance function, Vodafone has focused on end user experience and sets a vision of automation, digitisation and innovation which recently culminated in the achievement of a key milestone in the multi-year journey to transform its core central platforms. This has centred on the transformation to a S4/HANA ERP “Digital Core” with best in class SAAS solutions for travel, expenses, procurement and HR. 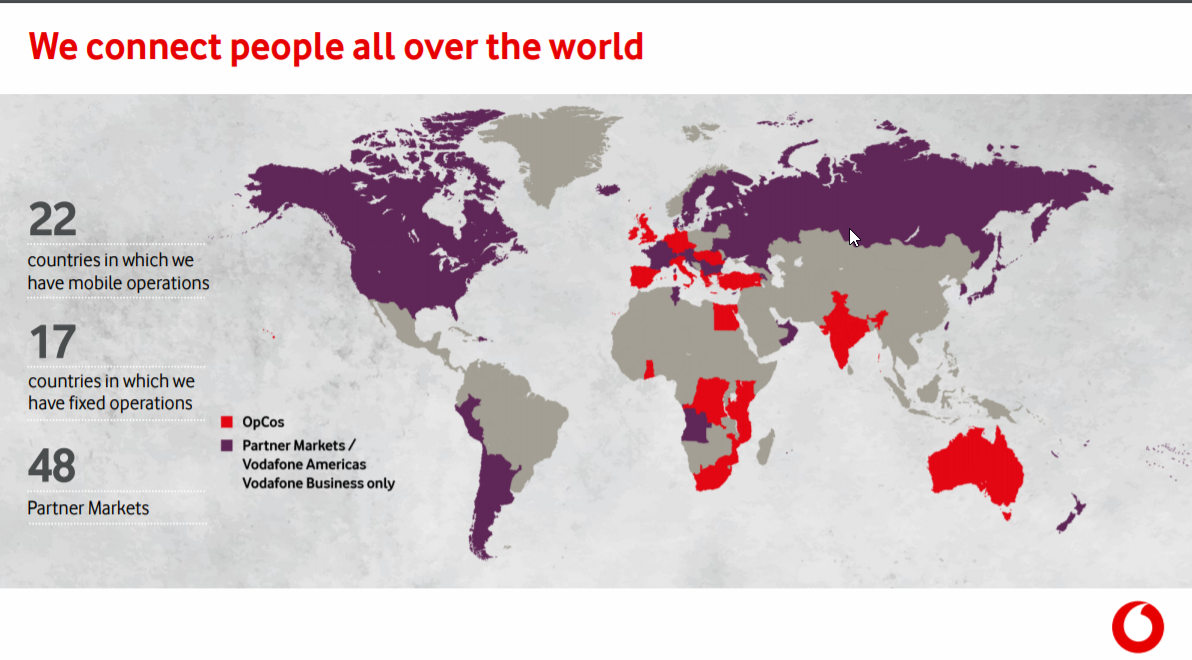 The Vodafone Team and Their Ambition

Led by Malcolm Finn, the Finance team is contributing to the continued automation of the R2R processes and for the last mile reporting, Vodafone wanted to be equally aspiring. After an extensive assessment of the financial reporting software options, the decision was made to select the Certent Disclosure Management (CDM) solution due to its ease of use and familiar Microsoft 365 environment. A project team was set up to operationalise the CDM solution for Vodafone with Paul Rond leading on the technology implementation, Simon Bailey on the integration with consolidation source systems and Andy Raggett and Ben Forman on the Annual Report and Accounts (ARA) published output and design liaison.

Vodafone chose the on premise solution for CDM and used Vodafone’s virtualised servers (private cloud). A key focus was to keep the user experience front and centre of the project and minimise strain on resources — human, technological and financial — for every point of contact between CDM and Vodafone (the organisation or its members). Examples of this approach are:

And, with the subject of security being ever present, the ability to lock down the system was vital.

Vodafone set themselves the ambitious target of achieving straight through reporting to the published full financial statements in the ARA document. The enablement of a direct data connection from consolidation output through to glossy report required some investment, working closely with their designers (Radley Yeldar) and insightsoftware to ensure styles, fonts and the visual integrity of the published financial statements were preserved. Vodafone achieved an efficient ecosystem, allowing the full financial disclosures to flow straight from the source HFM consolidation system models in an “as published” format. This eliminates the vast majority of any manual input of the financial statement section.

With increased regulatory and accounting change, the team were focused on ensuring reporting remained clear and concise, which is not an easy task. A key part of financial reporting (internal and external) is communication and Vodafone continuously appraises the effectiveness of their financial disclosures in the context of regulatory, accounting and business change. An example is the annual report which has been re-designed to be as efficient as possible. Although page count is potentially a blunt metric Vodafone’s audited financial statements section of the annual report has been continuously updated to be relevant to users in an efficient way: 2018 (89 pages); 2019 (103 pages); 2020 (98 pages) — notwithstanding the implementation of three major accounting standards in the last two years: IFRS 9, IFRS 15 and IFRS 16. Without the use of the insightsoftware platform, this would have proved to be a difficult task. 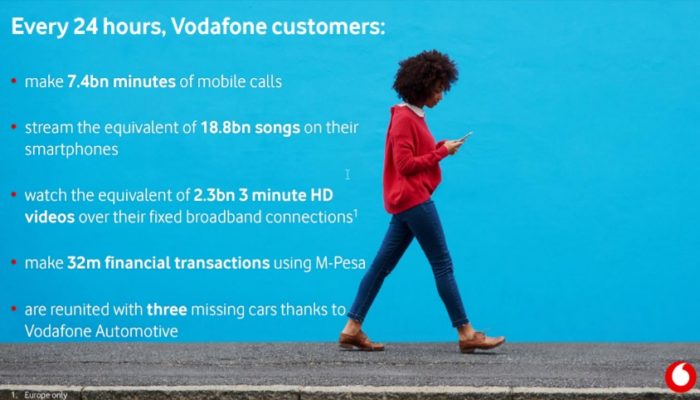 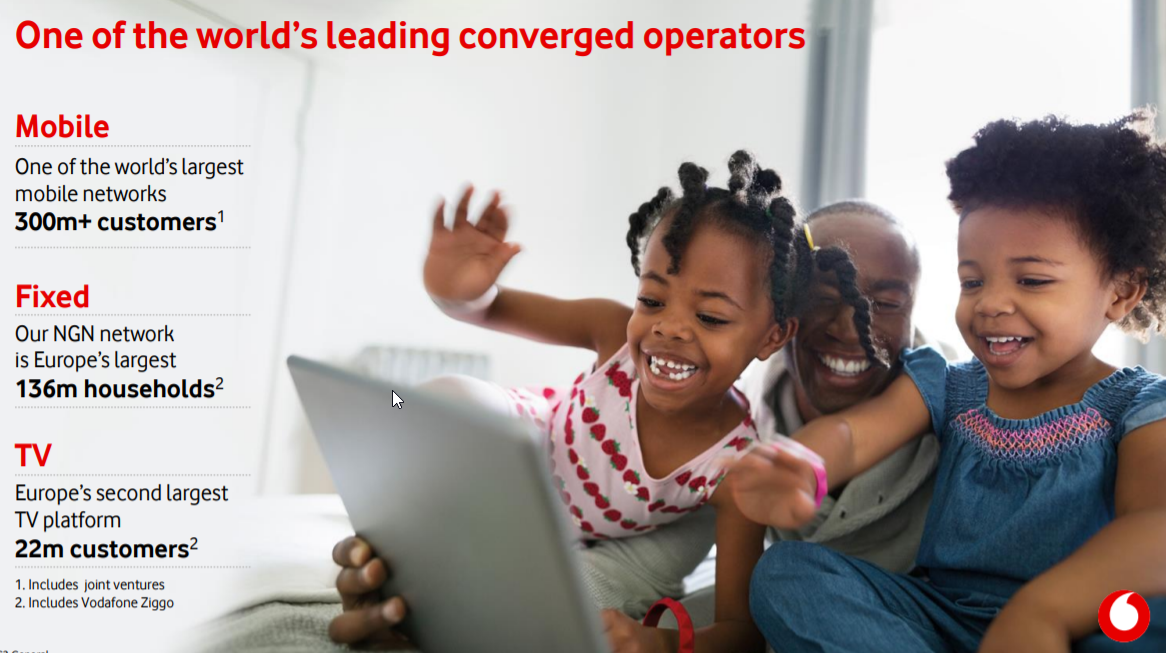 Most reports are composed of input from multiple authors. With increasingly remote working, this often presents a headache for the finance team on how to facilitate, manage and co-ordinate the input. The insightsoftware platform, based on the Microsoft stack provides a familiar and secure platform to share and control the multiple inputs. For Vodafone, the approach was to section the financial statements to the individual authors in a flexible and accessible way. The capacity of this distributed authorship together with tailorable access restrictions to sections has allowed Vodafone to operate in a very controlled and flexible way with multiple users. All text and numerical tables were linked to defined “objects” in a unified data source from the consolidation system and although this required some investment upfront it did pay back in productivity and confidence.

With close collaboration between insightsoftware, Vodafone and the external design agency, the correct corporate “house styles” were embedded into CDM. This meant that a “pdf” output of the financial statements from CDM could be supplied to the design agency for touchless publication and sent to print and shareholder distribution after combining with other sections of the ARA.

All three major year-end documents made available to shareholders are directly linked to CDM — the preliminary announcement, the consolidated financial statements in the ARA and the web table containing supplementary metrics that is uploaded to the investors section of the corporate website. The CDM platform is also used for the Q1 and Q3 trading updates, and the half-year release.

Malcolm is very proud of what has been achieved together — the Vodafone project team, insightsoftware and their third-party providers.

Vodafone has achieved a great deal in a short space of time, but the finance team is not standing still. Having achieved a robust remote close they are now looking to accelerate further value from the CDM ecosystem. As a US filer they are assessing the Edgarisation functionality and more universally exploring the RNS auto-filing working cross functionally with Investor Relations.

Vodafone is also currently considering its internal reporting opportunities and the use of insightsoftware in its management accounts process as it looks to gain further efficiencies.

"Using Certent Disclosure Management to produce the financial statements in an 'as published' format further reduces both risk and the checks that would otherwise be required during the publishing process."