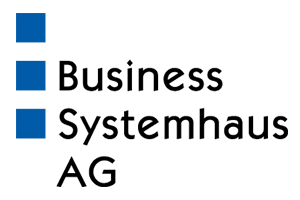 One of Europe’s leading suppliers of custom-made commercial and technical labelling solutions, The Rathgeber Group is a family-run business based in Oberhaching, Germany and now in its third generation of leadership. With more than 25,000 customers over Europe, the company provides products with an array of custom labelling solutions–including three-dimensional fonts, metallic and plastic logos, paper labels and foils with digital functionalities–for companies from industry and retail, as well as service providers.

Rathgeber had been successfully using Jet Reports for their reporting solution for many years, but were experiencing difficulty getting what they needed out of their front-end BI and analytics tool. “We had a BI and analytics tool in place but we were finding it challenging to get things done, quickly and cost-effectively” said Alan Phipps, the company’s Business Analyst. The Rathgeber Group has been using Microsoft Dynamics NAV on-prem with Jet Reports since he started at the company in 2008. “We were always faced with going to an external partner to get changes in the cubes implemented. It was always tricky communicating what we needed from “NAV” to “cube” language. This was costing a lot of time, with a lot of back and forth, even for small changes. Ultimately it was too much.” Phipps explained that the license structure (price and quantity) was also hindering the wider use of the BI tool in the company as it would have been too costly.

More importantly, The Rathgeber Group saw the opportunity to get more from their data. “We had the information we wanted, but it wasn’t always accessible. When we set up our previous analytics software, the idea was that we would get it to run twice a day,” said Phipps. “However, it always took an unpredictable amount of time to update. Sometimes it was fairly quick, around one hour. Other times it would take three hours. We ended up killing this mid-day run, as it didn’t help anybody because we never knew when it would be finished. We absolutely love Jet Reports, it gives us the freedom to access NAV data directly in Excel and create our own financial reports. But, for company-wide analysis, with regular daily updates, we knew we needed a BI solution.”

Building to Success with Jet Analytics

Phipps wanted to get control of the BI into his own hands. He could easily generate any report in Jet Reports, and he wanted an analytics software that was just as easy to understand; easy enough for himself and the CFO to administer themselves. “After visiting Business Systemhaus (BSH) and talking to them a few times, we knew had a good solution and had found a great partner. We had three days on-site training with their consultant, where on day one, we were already hands-on with the software. Within three days of installing Jet Analytics, it was connected with Dynamics system, and we had the first cubes up-and-running,” said Phipps. “Myself and the CFO do most of the changes ourselves now. Adding tables or fields, or creating new measures and dimensions is getting just as easy as using Jet Reports. Of course, we’re not techies or SQL experts, so there are always a few things where we need some extra help. For that, we have BSH. They always respond quickly and watching their guys set things up, sometimes I feel like they are working in fast forward. We have a support contract with BSH for a couple of hours a month, this covers the really tricky stuff. In total we are way more cost and time efficient. It’s great (not to mention, fun) being able to do most of the changes ourselves though, when we want to.”

“With Jet Analytics, we are able to run an update every hour! This is a great advantage for our production sites. The cube update takes only about seven to eight minutes.” said Phipps. “That’s despite having way more information in the cubes than we had in our previous BI tool.”

“We’re really happy, for several reasons. Power BI is a great tool and it’s really easy to create the dashboards we want. This is, in large, due to the fact that we created the cubes ourselves using Jet Analytics, and really understand the data and the structure, so we’re quicker at implementing changes. It only “costs” us our time, and we’re getting quicker and better every day. Adding new users is simple.” Phipps went on to say that “a huge win is that management is happy. Whereas before hardly anyone was using the BI tool, now we can see that Power BI has really been accepted. We get requests for changes and for new reports regularly. We also see our reports being used directly in meetings. This saves me time as I no longer have to create extra reports and PowerPoints for meetings. Our Managing Director is also happy. We’ve 4 companies using the same unified reporting tool! Last but not least, he’s also happy because it’s costing the company less!”

The Rathgeber Group has seen a number of improvements as a result of implementing Jet Analytics, including:

I love Jet Reports and I’m loving Jet Analytics as well! Changing to Jet Analytics with Power BI has been a great project for me personally, and as a company we’re really seeing the benefits!