Sinclair International, the founder of automatic fruit labeling systems, was accustomed to eliminating inefficiencies in their products and services, and had equal expectations of their internal operations. So when the company began planning for their JD Edwards (JDE) upgrade, it had high hopes for a smooth move.

Having used JDE EnterpriseOne Xe for 10 years, Sinclair had stored complex data in different currencies and formats across its various business units. Not uncommon for many companies, but not ideal for data reconciliation post upgrade.

Guaranteeing that all data remained accurate from JDE EnterpriseOne Xe to JDE v9.0 was essential. To do so, Sinclair needed a simple solution that could work between both JDE versions seamlessly. Luckily, the reporting solution they had used for several years could do just that. Not only was Hubble compatible with both JDE EnterpriseOne Xe and JDE v9.0, it also offered built-in data integrity functions.

Hubble allowed Sinclair to easily detect discrepancies in their data right away, truly a time and money saver. By using the pre-upgrade and post-data conversion integrity functionality of Hubble, Sinclair was able to prove to the auditors that the numbers in the new system matched the numbers in the old one. This would have been undoubtedly impossible without a solution that could run the same report against different versions of JDE.

Although ensuring data integrity was a key priority, Sinclair was also concerned about the potential duration of the project. Not wanting to shut things down for any longer than was necessary, the company assigned an aggressive timeline for completion. The out-of-the-box compatibility of Hubble automatically mapped out the data and prepared it for the upgrade, making for a simple and speedy transition. With just four hours of company downtime, Sinclair and its teams were back in business.

"With Hubble taking care of the data mapping in v9.0, it was easy to update the data sources and switch to the new version of JDE, reducing system downtime to a handful of hours.” 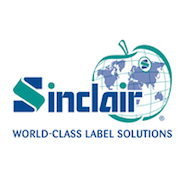