Irish Airport Authority Unlocking More from Its Data with Hubble

Having switched to Hubble, the finance team at airport operator Shannon Group is now able to access and manipulate key information, driving insight with a single click

Collette Walsh, Shared Service Centre Manager at the Shannon Group, explained the many financial reporting challenges the company was facing with its ERP, Oracle EBS. On separation from the Dublin Airport Authority, which is responsible for the three semi-state airports in Ireland, in January 2013, Shannon Airport’s monthly reporting requirements relied heavily on Excel, with manual interventions commonly used when preparing monthly management packs. They also had limited drill-down functionality and were limited by Cloud hosting and outsourced support. All of this resulted in a lack of agility and flexibility, making it difficult for the finance team to support the business in a timely manner.

The finance team at Shannon Airport, led by Walsh, enlisted Hubble by insightsoftware to run a half-day “proof of concept” to create reports on their data and show them exactly what Hubble could deliver for their business. The team was happy with the results and moved forward with Hubble.

Hubble’s integration with Oracle EBS enables fast reporting over any information held in Shannon Airport’s Oracle system, meaning that they are now able to easily access statistics on currency, tonnage, and passenger numbers. Previously, the finance team spent hours collating this key information, which is now available with a single click with Hubble.

"With Hubble, we have complete control over our numbers, and the confidence that comes from having a single, centralized location for all our key information.”

Easy access to statistics on currency, tonnage, and passenger numbers (which previously took hours to retrieve)

Eliminate the reliance on external IT support for report wiring 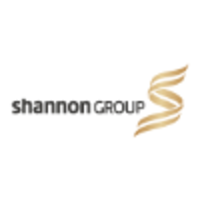