Quint’s Malaysia branch had been using Microsoft Dynamics NAV for many years, integrated with its proprietary ERP system, Quint Information System (QIS). As the organization grew, Quint decided to migrate all its systems into a new ERP, Odoo. However, with increasing amounts of data to report on, and with legacy data still residing in NAV and QIS, they needed a solution for effective data normalization and consolidation to simplify reporting and to establish a single source of truth.

After comparing different solutions on the market, they opted for insightsoftware’s Jet Analytics as a data preparation, automation, and modelling solution. Thanks to Jet Analytics, they could successfully integrate data from the three various source systems: legacy accounting data from NAV, legacy sales data from QIS, and combined accounting and sales data from Odoo. They also chose Jet Reports as a front-end financial reporting tool within Excel.

Building to Success with Jet

Using Jet Analytics and Jet Reports combined, Quint has been able to automate data preparation and make it report-ready in an instant. They can easily publish the data to their users with the built-in Jet Reports scheduler, which generates reports to the organization’s cloud storage. In order to fully utilize the aggregated data, they are published to Google Data Source for report visualization via Google Data Studio.

Jet Analytics has allowed Quint to enable fast and low-maintenance data transformation. The data preparation and automation are done in a matter of minutes.

By implementing Jet Analytics and Jet Reports, Quint has been able to enjoy several benefits:

With simplified data management and reduced dependency on the IT department to create reports, finance users can now access the data they need and generate reports by themselves.

Jet Analytics is flexible and easy to use. If you have some basic database knowledge, you will discover even more possibilities with Jet. 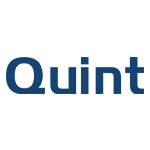