Using Wands, MTN Congo has automated what were previously time-consuming manual processes while improving data accuracy at the same time.

Africa’s mobile economy has grown rapidly in recent years. For many, a mobile phone functions as not only a communication device, but also their primary means to access the internet. Over the past decade, mobile adoption has reached 444 million, and is predicted to grow another 4.6 percent by 2025 to reach 634 million subscribers.

Formed in December 2005 when MTN International acquired LIBERTIS Telecom, MTN Congo is available in more than 476 localities and villages of Congo Brazzaville, and covers more than 80 percent of the Congolese population. To meet these demands, MTN Congo employs nearly 300 direct employees and is responsible for more than 10,000 indirect jobs. They boast over 1 million subscribers who use a variety of different services, including conference calls, credit transfer service, and both post- and pre-paid mobile packages. This generates a plethora of financial and operational data, all stored in their Oracle ERP system. But getting that information out in a usable fashion proved to be a bigger challenge than anticipated.

Companies across the globe struggle to close their books faster and with more accuracy every month, and MTN Congo had been no exception. Each month, the Corporate Performance Management Team would export their balances from Oracle E-Business Suite into Microsoft Excel. From there, they would manually manipulate cost center data into the correct format, a difficult and time-consuming process that took two full days and two full nights every month. “Each month, we felt scared because it was such a difficult task,” recalled MTN Congo’s, Planning and Budgeting Manager Dzondo Précieux.

In addition, Précieux and his team had to produce a budget variances report comparing budget versus actual values and distribute by department. As an intensely manual process, this task took three to four days to complete. Often, those long days stretched into long nights as well. It was clear the group needed a solution to make the process easier.

Fortunately, MTN Congo was introduced to insightsoftware’s Wands by their Oracle consultant. After being strongly advised to consider the Wands, MTN Congo purchased GL Wand, Budget Wand, and Reports Wand.

MTN Congo was up and running on Wands in no time, and Précieux saw benefits almost immediately. “Now for reporting, we only take one day. We start reporting when the Financial Accounting Team has put the journals in, and then we can extract balances and start analyzing. We start at 7 am and around 4 pm we are done,” marveled Précieux. “GL Wand allows us to automatically get all the information that we need. It’s very good.”

The long, monthly budget reporting process has experienced similarly impressive improvements. “After reporting each month, I have to produce a budget follow-up report, and this report has to be distributed by department: HR, finance, marketing. In the past, this was a manual task. I spent around three to four days and had to work hard all night,” recalled Précieux. “But now with Wands, in one day, I can produce all these reports for all our departments.”

Wands boast an ease of use that has saved MTN Congo more than time: It has saved money, too. “Even after we brought in Budget Wand, we had a consultant we paid to come in and load our budget into Oracle,” said Précieux. “Then I heard that this did not have to be the case with Budget Wand. So I went into the Wands Customer Success Community where I discovered a short video demo and was able to train myself to load the budget. So now we can manage this in-house and do not have to pay a consultant.”

The Customer Success Community has been a great source of knowledge for Précieux and his colleagues: “I have helped some users in overseas with two tricks and it was very helpful.”

MTN Congo currently only uses Wands in its finance department, although there are several sub-departments within Finance, including Précieux’s own Corporate Performance Management department. “Others can see how GL Wand has improved our work, though, and now everyone wants to be a GL Wand user,” Précieux said.

Using Wands, MTN Congo has automated what were previously time-consuming manual processes while improving data accuracy at the same time. “It has made my life easier,” Précieux said. He has seen benefits in the form of time savings and ease of use for both template building and cost center tracking. The team also has greater confidence in the accuracy of their data. “GL Wand allows us to easily do some checks for control,” Précieux added.

Reporting success for MTN Congo hasn’t just been found in time and money savings, but also in improved work/life balance. “With Wands, in one day, I can produce all these reports for all our departments,” noted Précieux. “So I can relax on the weekends and enjoy time with my family. I can actually rest at home now because I have GL Wand.”

"Wands allows us to automatically get all the information that we need." 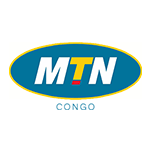