Mizuno harnesses the power of Hubble to save time, drive automation, increase efficiency, and plan for the future

Mizuno’s finance team was using outdated systems and processes that hadn’t changed in over 20 years.

Five accounting systems, two operating systems, and a heavy reliance on manual processes and procedures had become the norm for Mizuno. The use of static spreadsheets was ingrained, and team members were struggling to make sense of the data masses. The result was a very reactive organization that couldn’t respond to the business effectively.

Mizuno wanted a solution that offered reliable access to up-to-date information and a partner that was also committed to continuous improvement. Having already recently implemented JD Edwards, they needed a superior reporting product that would empower end-users to find their own answers without having to rely on IT. With that in mind, they began exploring a handful of possible solutions.

The team looked at Qlikview, ReportsNow, and Hubble. After careful evaluation of all three, they decided on Hubble.

The Mizuno finance users liked the ease of use with Hubble and the fact that there were hundreds of pre-built reports, slashing the time spent creating standard reports after implementation.

Hubble is fast, both in terms of implementation and inquiry running time. The Mizuno team was up and running in just one day, and reports were populated in mere seconds whereas other solutions would take minutes, or worse, hours. Mizuno found the partnership between Hubble and JD Edwards extremely favorable because it meant receiving the latest updates and features going forward. The team was also highly satisfied with the level of service received during and after the solution’s implementation.

Hubble is now at the core of Mizuno’s reporting strategy in EMEA. In the future, the company hopes to take advantage of the analytics and planning products to make its ERP data even smarter.

"Hubble offers an integrated solution for reporting, planning, and analytics. With real-time access, we can manage the day-to-day and also provide foresight for the future.”

Users were up and running with Hubble in just one day

Reports in Seconds, Not Hours

Reports are populated in mere seconds rather than minutes or hours

Real-time insights allow clear oversight over the day-to-day, making for a more informed and proactive approach 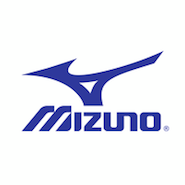