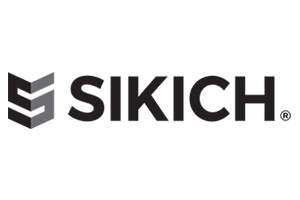 Milne Fruit Products is an industry ingredient supplier with one of the largest fruit and vegetable processing facilities in the United States. With a reputation for excellence, Milne was creating reports using Microsoft Access databases with direct links to data from an antiquated ERP system. The data being pulled out of the system was often misleading and led to additional time spent on finding what went wrong. The rapidly growing company decided to replace their existing system with Dynamics NAV. At the time, the software solutions partner suggested trying Jet Reports as a tool to get more customized reports without heavy development requirements.

With Jet Reports, a reporting solution designed specifically for Dynamics NAV, the decision was an easy one. According to the Controller at Milne, Joe Stoops, Jet Reports was able to give them the accurate data they needed from the system immediately. Joe not only takes care of the companies’ financials, but IT decisions as well. He started using the report building tool in Jet Reports and was building reports within a week. After completing a Jet Reports training class, he was able to take his skills to the next level and learned how to modify and customize reports. In a busy role, scheduling has become his favorite feature, as it allows him to run reports off hours and have them delivered to the inbox they need automatically. Milne also decided to purchase an unlimited user license from Jet Global, so everyone in the company can build and share reports. Enabling self-service reporting and sharing has improved communication and visibility throughout the entire organization.

“A lot of companies that we work with, who run Dynamics NAV without Jet Reports, have asked me how we do a yield report. They didn’t understand that you can use other tables beside what’s available in Dynamics NAV, and Jet Reports makes it easy.

Everyone thought I was getting up at 3AM to run reports, but really, I just schedule all my reports to go to the right people off-hours. It’s easy and conveniently gets sent directly to the end users email inbox.”

“Jet Reports is designed to pull data out of Dynamics NAV. It already has everything in place for you to get a quick, accurate picture of your operations.”

When a report is built, anyone in the company can share and access the data, improving communications and visibility

With an Excel-based interface, Jet Reports is straightforward and easy to use without the reliance on developers