Ladbrokes streamlines its reporting operation with Hubble, allowing finance users to dedicate time to answering questions rather than manipulating data in static spreadsheets

Ladbrokes had been on Oracle E-Business Suite (EBS) version lli since 1999, but users  struggled to access meaningful data and answer their own business questions with standard Oracle reporting tools. The finance team relied on IT to create a combination of inflexible Financial Statement Generator (FSG) and Discoverer reports and then would use multiple spreadsheets to cleanse and reformat the data. This resulted in delayed business answers. The company had complex data in over 20 ledgers and supported 17 currencies, all with very different tax rules.

“Ladbrokes had only limited in-house FSG expertise, and since we did not implement with Multiple Reporting Currencies, getting information across sets of books and currencies was especially difficult,” said Daniel Weiss, International Financial Controller for Ladbrokes.

The company identified a goal of extracting information more efficiently from Oracle EBS and began to look for an alternative, ultimately choosing Hubble as its preferred reporting solution.

“Demos showed immediately that Hubble is very easy to use and our users like the user interface,” Weiss explained. “Because our team can create reports for distribution that are easy for non-power users to run, Hubble provides efficiencies across many areas of the business. Hubble has contributed significantly to the efficiency and accuracy of the monthly financial close processes at Ladbrokes.”

“We implemented Hubble, and as a consequence, FSG and Discoverer reports were almost immediately phased out,” said Jason Conroy, Group ERP Systems and Reporting Manager. “Previously, users tried to access the same information, but because of the inconsistent reporting methodologies used across the company, they often got very different results. We now have a single version of the truth, and as a result, the finance team spends more time answering questions than manipulating data in static spreadsheets.”

Hubble allowed for a seamless migration with no downtime,” Conroy recalled. “In fact, it was the only reporting tool we needed throughout the upgrade project.”

"We now have a single version of the truth, and as a result, the finance team spends more time answering questions than manipulating data in static spreadsheets. Hubble provides the exact level of detail required by the business."

Users can continue to report over lli when upgrading and map another connection to Rl2, without losing access to their data 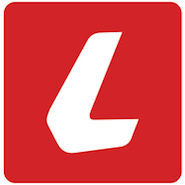