King County Housing Authority benefits from the high functionality of Spreadsheet Server, cutting 80% from its reporting time spend thanks to extensive automation capabilities

The first tool King County Housing Authority (KCHA) worked with was within its Unit4 Business ERP, then known as Agresso. This tool, Excelerator, at first glance seemed similar to Spreadsheet Server because it queried the database in a similar fashion. But it wasn’t precisely what KCHA was hoping for. “It was not as intuitive and didn’t allow any drill-down ability,” said Craig Violante, Chief Financial Officer.

Violante and his team ended up going into the database to recreate commands in order to see what the database summed together, making it much more difficult to create reports and check validity. Their other solution involved routine downloads of mass amounts of data to then enter into Excel. Although this solution did technically work, it also made the reporting process extremely laborious.

It was time for a change. Violante’s team began searching for a more appropriate option for its reporting needs. Finally, the team chose Spreadsheet Server.

“With Spreadsheet Server, the ability to drill down was a huge thing, as well as the ability to truly customize reports exactly the way you want them,” said Violante. Although the cheaper cost was behind the initial drive to surfaces, functionality played a large part in the final decision.

“When we did our budgeting before Spreadsheet Server, we had to download a bunch of information from the system, then cut and paste it,” said Violante. With Spreadsheet Server, you have a month’s data at the push of a button. “It used to be draft, re-download data, cut, paste, and strip the data. Now the queries are built right in.”

Reporting also comes with much more integrity in much less time. “We’ve saved 80% of the time we used to spend creating reports because it was such a manual process,” Violante explained.

"Spreadsheet Server was one of the best IT investments I've made in my entire career.”

Reporting time cut by 80% because of automation capabilities 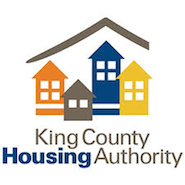