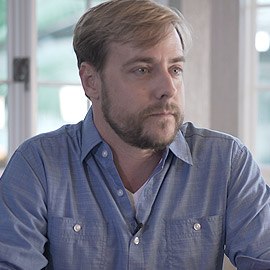 “Having a data warehouse really opens up a ton of things you can do and eases the burden on your servers.”

Using the Jet Data Manager, the company has full control of custom data going into their data warehouse

Jones & Frank, a national leader in fuel handling systems and energy infrastructure solutions, use Dynamics NAV to run their fuel management business. Although the system itself works great, its reporting capabilities left a lot to be desired. Even with three full-time employees dedicated to reporting, writing and sharing reports in Dynamics NAV was a slow and cumbersome process. Any custom reports required had to be done by more experienced resources from their software solutions partner, and the final result couldn’t be modified.

While it was clear the tool was not something an average user understood, IT Director, Brent Stimmel, had bigger worries about server space. The company’s entire system went down or was so slow it was unusable some days because a poorly written NAV report sent the processor up to 100% for the whole day. To make things worse, they didn’t have the visibility to identify the cause and stop the report from being processed. To alleviate these issues, Jones & Frank attempted to implement Targit – a business intelligence and analytics solution, but failed because of the amount of customization required. After a discussion regarding the need for an easier way to report, their Dynamics NAV partner recommended trying Jet Analytics .

Moving from reporting in Dynamics NAV to Jet Analytics was like going from night to day. Jones & Frank was up and running within 48 hours, immediately building reports and dashboards. Anyone who worked with Excel was able to start using the solution after a short ramp-up period. The decision was made to upgrade from Jet Reports and set up their very own data warehouse with Jet Analytics as a way to accommodate the company’s extensive industry customizations and server issues.

Being able to run on its own resources and data warehouse was a complete game changer for Jones & Frank. Accessing data and writing reports became a lot faster and more efficient for the end user. One full-time employee can now handle the work of three full-time reporting resources. Jones & Frank also capitalizes on Jet Global’s reliable support team for complex requirements that need to be set up and adding new sources to the data warehouse, like merging their payroll system with Dynamics NAV. Brent’s experience working with the support team has been nothing short of outstanding, even referencing how he felt like they were a part of his own team.

Our product experts will help you analyze your business requirements and find the right solution.