The Dallas/Fort Worth International Airport (DFW) implemented the Longview Performance Management application to replace a labor-intensive process that involved complicated spreadsheets and an antiquated system with a single, integrated process. Improved expense and revenue allocations and better interim reporting give DFW full visibility into all aspects of their budgeting and forecasting process, enabling important business decisions to be made earlier and eliminating year-end surprises.

The costs of running DFW are covered by a combination of user fees and payments from the individual airlines using the airport that amount to roughly 35 percent of the airport’s overall operating budget for FY2007. Its revenue sources include landing fees; parking; terminal rent, use fees and concessions; ground and facility leases; utility services; hotel and rental car operations; taxi, limo, and shuttle fees; and employee transportation.

The annual settlements to the airlines are a major contributor to that complexity. DFW is operated as a “residual” airport, which means that there is a settlement at the end of each year in which the airlines are either charged an additional amount if there is a shortfall in operating revenue, or they receive payments back from DFW in the case of any revenue residual over and above operating expenses.

The airport’s financial complexity is compounded by its extensive departmentalization—for accounting and reporting purposes—into 112 different departments, 80 cost centers, 10 business units, and hundreds of customers, including the airlines and other terminal tenants such as shops, restaurants, and concessions. For example, DFW uses 29 cost centers to track and budget the direct Operating and Maintenance costs for its five terminals. They have to allocate debt service to the terminals based on historical capital costs incurred over the past 35 years, allocate overhead and other costs, and then subtract concessions credits based on enplaned passengers per airline—all of which is just to calculate the actual cost of each terminal. Then, at year end, the finance team has to settle with each airline based on the actual rentals paid compared with the actual terminal costs.

“This is ridiculously complicated,” said Chris Poinsatte, CFO and Executive Vice President of Finance and IT. “And the system and process we were using for budgeting expenses and forecasting revenue was simply inadequate for our needs.”

Although the system did allow them to accumulate costs by department, it didn’t allow for costs to be allocated by cost center, which is how they really manage and run their business, nor did it allow the costs to be spread by month.

“All this had to be done manually,” said Poinsatte. “We had to download data from our old system into this 40-tab Excel spreadsheet in which we could massage the numbers to come up with budgeted expenses and projected revenues for the different cost centers and business units and then spread them by month.”

The results would then have to be loaded into their Oracle General Ledger—in which actual expenses are captured and accumulated throughout the year—so that actuals and variances could be reported monthly. Overall, this was a very tedious and iterative process that took a lot of time and created the potential for errors. It also made it difficult for DFW to forecast revenues until all their budgeted costs were finalized and known.

“We clearly needed a new system and a new approach that would bring this long, arduous process all together,” said Poinsatte.

After conducting an RFP exercise that included proposals and demos from a number of companies, DFW chose to replace its antiquated budgeting and forecasting system with the Longview Performance Management application for strategic finance. The selection committee consisted of the CFO, AVP of Budgeting, IT Manager, a procurement person, a representative from the Minority Affairs Department, and the Financial Analyst who runs the system.

“We felt the Longview Platform would be the best overall solution for our needs,” explained Poinsatte. “Not only was the price good, it offered us much better drill-down capabilities and it was going to be easy to configure the system for the various charges, rates, and fees we use for our different revenue sources.”

In explaining their choice of the Longview Platform, Poinsatte went on to say that the system would simplify their budgeting and forecasting process by allowing different types of roll-ups—for example,roll-ups by department, by expense category, by cost center, and by business unit—for projected expenses and revenues. And because the system would allow both expenses and revenue to be allocated by month, they would be able to create a monthly P&L projection by business unit, which they had never been able to do before.

“The Longview Platform was going to allow us to slice and dice our numbers any way we wanted to,” said Poinsatte. “And all with the push of a button.”

DFW implemented the Longview Platform in phases: Expense Budgeting the first year and Revenue Forecasting the second year, to be followed by Capital Project Cash Flow Forecasting and Balance and Income Statement Reporting. A Longview implementation team of two experienced technicians did the system design and configuration for the Expense Budgeting side, and then DFW assigned one of its own for most of the design for the final allocations on the Revenue side of the implementation.

“We had very tight implementation timelines, and the Longview team was very focused on meeting our needs,” said Poinsatte. “This wasn’t like some spreadsheet project—we had to have people working on this who really knew what they were doing, and when we had problems, or if things slowed down for any reason, the Longview folks were all over it.”

DFW gained substantial advantage from the Expense Budgeting phase of their Longview implementation. During the budget development process, DFW was able to allocate expense budget items to cost centers—information used to set the airport’s fees and charges—and spread those numbers by month based on historical trends rather than being limited to just dividing a total annual number by 12 as before. This in turn gave DFW improved interim reporting capabilities.

“Now we can identify variances or discrepancies at the cost center level on an ongoing monthly basis, and we’re able to resolve them with the help of Longview’s extensive drill-down capabilities,” said Poinsatte. “This eliminates the potential for big settlement surprises at year end.”

When they implemented Revenue Forecasting, DFW was able to tie its expense budgeting and forecasting into a single, integrated process—no more spreadsheets, no interim manual steps, and no more need to correlate numbers or do monthly allocations manually. By combining what were previously two separate processes that mixed automation with manual tasks into one fully automated process, DFW saved a significant amount of staff time and effort, and greatly reduced the chance for errors.

“Longview gave us full visibility into both the expense and revenue sides on a real-time basis, allowing us to make business decisions throughout the year instead of having to wait until year-end when all the numbers are in,” said Poinsatte.

Poinsatte went on to say that with the Longview Platform, they are now also able to accumulate, store, and report on the non-financial data that drives their revenue forecast numbers. Acres of land, landed aircraft weights, number of passengers, and square footage of terminal space leased are the primary drivers behind DFW’s various rates, fees, and charges. Unlike their previous system, Longview supports both the drivers and the financial numbers, and by extending the use of the system out to those DFW departments that keep up with the revenue-driver information on a daily basis, the system can be kept up to date with current information. This results in real-time revenue forecasts that are more accurate than ever before, and provides data that greatly simplifies the year-end settlement process with the airlines.

More effective use of funds

With financial information on all the capital projects now managed in the Longview application, DFW has full visibility and reporting capability on the budget allocations and cash flow, and can readily shift funds from one project to another (some projects may progress while others may be delayed or canceled altogether), allowing funds to be used more effectively.

Responsive support from design to implementation

“Longview’s technical support team has been very responsive in supporting us throughout the design and implementation of our Longview solution,” said Poinsatte, who went on to say that when the current “use” agreement with the airlines comes up for re-negotiation in 2009, the Longview application will be an important tool in supporting DFW’s ability to change to a new business model in the future.

Another area of considerable complexity that the Longview application has enabled DFW to address is managing the budget and cash flow projections for capital projects at the airport, of which there can be as many as 150 to 200 underway at any given time. The funds for these projects need to be allocated and managed out of many different “buckets.” Previously, the finance team had no visibility throughout the year as to when, or even if, the capital funds allocated to a given project would actually be spent or how the cash flow would be distributed monthly.

“Using the Longview application, we designed a solution that manages all these individual buckets and gives us detailed cash flow projections by project,” explained Poinsatte. “Now we know exactly where all the money is and when it will be spent, and we can start to hold project managers accountable for properly estimating their capital expenditures.”

"We clearly needed a new system and a new approach that would bring this long, arduous process all together.”

Chris Poinsatte
CFO and Executive VP Finance and IT 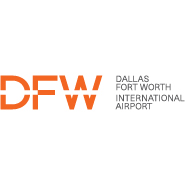