“First, it took several steps to pull a report from nVision,” explained Arthur Jackson, Deputy Executive Director of Finance for DPSCD. “After we pulled the required reports for our monthly financial reporting package, we then had to manually combine the various spreadsheets to get the one we actually needed.”

This amounted to Jackson spending from two to three days working on reports. The finance team knew a better process was needed to meet that goal for the school board and finance review commission. The team searched for a solution and found that the Excel add-in, GL Wand, quickly demonstrated it could do what nVision could, but much faster and with better analysis capability.

“The first thing I did with the new add-in was the one-time initial creation of the various reports with their specific formulas, which was straightforward because the tool is Excel-based,” said Jackson. “Once the reports for the financial statement were in the workbook, all I had to do was update the period and click the mouse to run the reports, which takes about five minutes. So, because our reports run in just five minutes with the new add-in, probably the most time we spend on the monthly reporting package is one hour as opposed to two to three days with nVision.”

Special audits of education finances are another area in which the new Excel add-in has improved DPSCD’s processes. The auditors typically request to see balances of certain accounts and then the details behind those balances for a certain date, down to the voucher level, according to Jackson. Such “back-and-forth” requests have been expedited by the new reporting tool’s ability to provide this information quickly and in an easily viewed spreadsheet format in which users can drill down into real-time PeopleSoft data.

"Because our reports run in just five minutes with the new add-in, probably the most time we spend on the monthly reporting package is one hour as opposed to two to three days with nVision.”

Once reports for the financial statement are in the workbook, the report can be run in minutes

Intuitive spreadsheet format enables users to drill down into data in real time, saving the usual back and forth with auditors 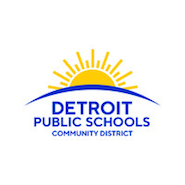