California-based BSK Associates has been in business for over 54 years, providing consulting engineering and analytical testing for its customers, operating out of seven locations across the West Coast.

BSK Associates is split into two divisions, each using a separate ERP system. One division uses Deltek Vision SaaS (on the cloud) and the other an on-premise ERP based on an on-premise, Microsoft SQL Server database.

BSK was using a mix of Crystal Reports and Microsoft SQL Server Reporting Services (SSRS) to provide information to stakeholders. However, BSK found SSRS to be a complex, technical reporting product that required the use of external consultants every time a new report was required. Since this was an additional cost and had to be scheduled, it meant stakeholders were waiting for a long time before being able to conduct their analysis. Within the business, there was also a lack of trust in the data produced by Crystal Reports and SSRS, because it was not clear that data was being pulled from the right tables. Because BSK had to merge the two ERPs, and Accounting needed to see the numbers, Accounting found themselves consistently using their preferred tool of Microsoft Excel to manually merge and review BSK financial data.

Around two years ago, BSK moved to Deltek Vision on the cloud, which meant the Accounting team at BSK had to evaluate alternative means of generating reports. Since IT was now in charge of report generation, this meant that the CIO, Kris Morton, and his employees in IT were having to put a lot of time into helping the Accounting department generate reports. Morton recalls “some of the IT staff didn’t have the deep financial knowledge that would be required for these reports, so there ended up being a lot of guessing.” This guessing could led to errors in the reports, and with every error that occurred, more time would have to be spent by both departments fixing the issue and re-running reports.

Prior to using Spreadsheet Server, it would take Accountants hours each month to generate reports, which often involved manually rekeying data. This was especially true when combining data from both Deltek Vision and their SQL Server-based ERP into one report, for which they ended up manually dumping the data into Excel. These manual data dumps increased the potential for error, and also took significant time away from the actual analysis of the reports they were attempting to generate.

Spreadsheet Server has the advantage of being based on the Accountant’s tool of choice: Excel. This meant that the team at BSK had a short learning curve after implementing the product. No one had to learn how to code, and with Excel being “native” to most Accountants, it was easy for IT to hand over responsibility to them. The fact that Spreadsheet Server could connect to multiple data sources was an immediate win for BSK, and was what ultimately made Morton think “this is the solution we need.”

The move over to Spreadsheet Server saw immediate benefits for BSK, with Morton noting that the product had “taken a lot of work away from IT staff,” and it was “nice to watch Accounting take over.” The ability to switch over this responsibility saved both Accounting and IT departments so much time because “Accounting knows what they want, and doesn’t have to explain every report to IT.”

“Spreadsheet Server solved some of our biggest data challenges by simplifying the reporting process and bringing everything together in one place,” added Morton. “Our stakeholders now have full confidence in the data they are using, as they now have one source of truth.”

BSK began using Spreadsheet Server during the COVID-19 pandemic, insightsoftware was able to provide “top notch” virtual training, answering any questions that arose during the adoption process. Morton mentions that, without this training “we wouldn’t be where we were as a company.”

In addition to this, Spreadsheet Server allowed BSK Accountants to shave time off their report generation almost immediately. Report automation meant that they didn’t have to spend hours creating reports, and the platform allowed them to “borrow” from other reports, rather than having to recreate them.

BSK has seen substantial time savings and increased trust in data as a result of implementing Spreadsheet Server. Some reasons for this are:

All the math Accounting would usually do is automatically done for them without ever having to leave Excel. Live data can be refreshed if they want to see what’s happening today. 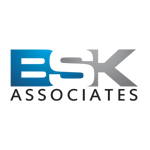