Sticking with Discoverer is no longer viable

Oracle Discoverer is an old product. It’s no longer supported by Oracle, meaning no critical bug fixes and no product updates. If you are still using Discoverer, you are on your own. However, fear of the unknown has left many companies afraid to implement a new reporting tool, yet the risk of staying with Discoverer increases day by day:

It’s time to move away from Discoverer

The longer you delay your move away from Discoverer, the greater the risk you’ll be left high and dry.

But we know you’ve likely got thousands of Discos lying around, so where do you start?

You really have two options: Oracle’s recommended approach of moving to OBIEE or switching to a purpose-built, third-party reporting solution.

Oracle recommends that Discoverer users migrate to Oracle Business Intelligence Foundation Suite. This includes OBIEE, a strategic BI tool that provides a web platform with attractive dashboards suitable for C-level needs. While it has many advantages, it’s not built to be a transactional reporting tool for day-to-day ad hoc analysis or easy drilling into data details. It requires a data warehouse and businesses must typically plan 6-12 months ahead to develop the structure of the reports they anticipate, which is difficult for dynamic businesses when reporting needs change daily.

Also, implementation is costly and lengthy, often requiring consultants to build new reports or convert Discoverer reports to OBIEE. Another expense is for the ongoing expertise needed to create OBIEE reports once the application is installed, as it requires a specific skill set. Some companies who have purchased OBIEE abandon it for less costly, alternative third-party reporting tools that promise autonomy for average users to create their own reports.

Don’t splash out on another reporting straightjacket

When assessing third-party reporting solutions, be careful you don’t end up swapping out one set of 1990s-style reports for another. For the telltale signs you are heading down that route, watch out for vendors who:

The problem with lift and shift

Back in 2014, The Lab Consulting wrote in CFO.com about the waste that exists in management reporting. Their analysis highlighted that the average annual production cost of each report that finance teams maintain is around $8,000.

So, given the sheer number of Discoverer reports you likely have today, you can see that while a lift and shift approach may sound like an easy way to solve the Discoverer replacement challenge, the reality is it’s hugely inefficient. That’s because lift and shift doesn’t just carry across a bunch of unused, underutilized, or low value reports, it also carries over a huge amount of unnecessary, hidden costs.

There is a smarter way to replace Discoverer. A way that doesn’t just move a problem from one tool to another. A way that gives business users the flexible reporting they need while reducing the burden on IT to manage those reports. A way that takes no longer than a lift and shift project. Meet Hubble.

Hubble is different. It offers a thoughtfully curated library of 140+ pre-built report templates, and Hubble is flexible and intuitive, so business users can customize templates by adding their own filters or extra columns in seconds, with no coding or technical knowledge required. That means far fewer reports to manage, while business users are empowered to access the exact information they need, whenever they need it.

Five steps to replace your Discoverer Reports with Hubble

Replacing your Discoverer reports offers a real opportunity to simplify and streamline the number of reports you need to manage, reduce your IT costs, and provide business users with more modern reporting capabilities. And, there is a well-defined process to help you along that road. Here’s a step-by-step checklist that existing Hubble customers have followed to successfully replace their Discoverer reports:

Hubble offers everything you have with Discoverer and more

After your successful migration from Discoverer to Hubble, here is how your familiar Discoverer components will carry across to Hubble:

Purpose built to handle all your EBS reporting needs

Hubble puts business users in control of reporting. Out of the box, Hubble understands your users, responsibilities, security, FlexFields, and much more. Designed for use by finance and business users to reduce the load on IT, Hubble lets you start with pre-built templates or create your own reports and dashboards in minutes and run them in seconds. Drill into supporting information in real time to get the answers you need.

Hubble customers are reaping the benefits today … Ready to join them?

Hubble customers have already replaced their Oracle Discoverer reports, with business users enjoying faster, more efficient reporting, and IT having less on their plate:

Ready to Migrate Your Discoverer Reports? 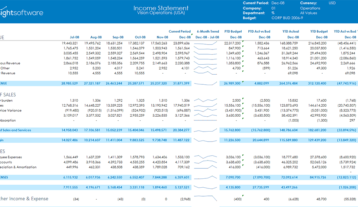