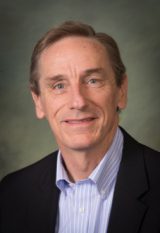 Michael Shaub is an accounting professor at Texas A&M University specializing in accounting ethics and professional skepticism in auditors. He is a CPA and spent time as an auditor for a large public company before he began his academic career 30 years ago. We spoke with Shaub about the evolution of accounting ethics, the importance of technology, and the opportunities (and obstacles) facing today’s CFOs.

How have the responsibilities of CFOs changed over the last 5-10 years?

It depends on the context. If you are a CFO for a public company, you need to be multi-skilled; financial expertise is not enough. The CFO is not just the leader of the financial organization within the company, but is responsible for messaging the value of the company to the market.

The CFO is also responsible to implement the board’s and CEO’s plan, not just to monitor how well it is being implemented. CFOs nowadays are more accountable for a company’s performance than they have ever been, and they are critical contributors to corporate strategy.

What role does technology play in the present and future of finance?

Technology is central to the present and the future of finance. The protection and use of all data, and particularly financial data keeps financial leaders awake at night. Choosing how to use data, and how to adopt technology so that you can use it to make data-driven decisions, is at the forefront of staying relevant as a company, and as a leader within the organization.

So much information is available broadly now that it can be harder to develop information advantages. What you need to avoid is information deficits that make you noncompetitive. Very few large organizations are flying by the seat of their pants, even if they are still run by founders. Data is driving their decisions. And innovations in data, including blockchain technology, are going to drive data protection, accounting, reporting, and decision making.

What issues does technology create, both practical and ethical?

There are a plethora of ethical issues related to technology, from facial recognition and personal monitoring to employment disruption. People are threatened not just by who gathers the data, but by those to whom they make the data available. Practically, there is essentially no choice with technology but to ride the wave, and to focus resources on developing the protections necessary in this transitional environment.

I think there are some short-run advantages to doing the technology that you are comfortable with really well rather than disrupting things by wholesale adoption of where technology is going. But I emphasize that those are short-run advantages. Accountants need to be aware that they have a responsibility to protect data since it is so much more granular than it used to be and attributable to the individual.

How have the ethics of accounting changed? What does that mean for accountants themselves?

If you’re talking about the aspirational ethics, what we should be doing, the answer is not much. We are still supposed to be the reason capital markets are efficient because we are truth-tellers who lubricate the markets with that truth, as Eric Noreen would say.

We are to produce truth in our reporting, and we are to seek truth in our auditing and to provide opinions that reflect what we really find. If you’re talking about what accountants actually do ethically, there is a lot of variance. There are a number of high-profile cases, including the recent one involving KPMG partners, that make people question accountants’ ethics.

What bothers me more than a few bad actors is the general lack of moral courage I see in the profession. Accountants don’t want to whistleblow any more than anyone else does when they find wrongdoing, and neither do students. They are often also willing to go along with people involved in fraudulent reporting and be “good soldiers.”

Accountants can be good at following rules; unfortunately, sometimes they follow rules set by corrupt executives, rather than accounting and auditing standards. In this environment, the willingness to stand up ethically is at a premium, and moral courage is something I am trying to build into my students, regardless of the roles they assume in society.

Do CFOs have a responsibility to model the ethical character of their teams? How do they do that?

They largely do model the ethical character of their teams, because they tend to promote people who are morally aligned with them, assuming a certain level of competence. And if they are ethically challenged, people who want to do the right thing will self-select out of their organization.

So I would say CFOs have a responsibility to set a moral tone for their teams, giving them a clear sense that we will not compromise truth because of market pressures. They also model for the team by dumping high performers who play fast and loose with the rules. If you do that once or twice, people get the message.

What resources do you believe CFOs and the teams they lead need to thrive moving forward?

I think the 21st-century organization needs to be nimble, and that is true for CFOs and their teams. Even in large public companies, life can now change dramatically from quarter to quarter, not just because of earnings pressure, but because so many more people are paying attention now.

It used to be governments, labor unions, and analysts, along with a few people like me, who were focused on corporate results. Now it seems like everyone is a shareholder or a bondholder or thinking of becoming one.

While overall financial literacy seems to have grown only modestly, overall financial awareness in the populace is fundamentally different than when I began my career because everyone is invested. Even if they don’t understand, they know that they should. And as we know from Twitter, everyone has an opinion.

CFOs have to be capable of handling not just a few targeted communiques to key players, but a constant messaging to a fluid market. And their teams need to be capable of producing and analyzing the data that allow them to do that, and to be able to shift on the fly with the market.

You deserve a break. Download our white paper “A Finance Leader’s Guide to Taking a Vacation”